Few subjects are as difficult to summarize in a single article as bullet calibers. When answering caliber-related questions from students, our main interest is on helping the student ask the right questions to help them prioritize their needs.

One of the biggest decisions a shooter will make when purchasing a rifle is which caliber will serve them best. There are so many calibers to choose from, the choice can be overwhelming. While there are certain factors worth considering in making this choice, this is largely a personal decision: The priorities one person might have may be completely different from the priorities of another.

In selecting a caliber, there really isn’t a right or wrong choice, so don’t pay any mind to the naysayers who criticize your selection. Remember that you, the shooter, are the biggest factor in long-range accuracy. By learning to hone and perfect your skills, you will overcome almost all caliber-induced accuracy factors and become proficient with whichever caliber you choose.

Adding to the confusion surrounding calibers is the necessity to understand what makes each one physically different from others. Let’s start with some common terminology.

“Caliber” refers to the diameter or width of the bullet. This is measured both in metric units (millimeters) and Imperial units (inches). For example, a thirty-caliber bullet is usually right around 30/100s of an inch in diameter (but may vary slightly).

“Cartridge” refers to the entire ready-to-shoot round, including the primer, case, powder, and bullet. Rifle and ammunition manufacturers produce slightly different shaped cartridges to change their performance characteristics, while often still using the same caliber bullet. These distinctions typically get named by the manufacturer, such as 30-06 Springfield, or 300 Winchester Magnum, which both use thirty-caliber bullets.

“Weight” refers to the physical weight of the bullet, measured in grains. Typically, lighter bullets can travel faster, and faster bullets fly a flatter trajectory (the curved flight path over distance). Heavier bullets typically travel slower but carry more energy over distance. Consider how a 10 mile-per-hour headwind would affect a balsa wood model airplane, verses a commercial jet airliner. If you could physically get the model plane to travel at 100 miles-per-hour it would be massively impacted by the 10 mile-per-hour wind as compared to the jet traveling at the same speed.

Understandably, the terms “caliber” and “cartridge” are often used synonymously. Most shooters refer to their actual cartridge, not the specific caliber; it’s more descriptive of the rifle they’re shooting. For example, if you asked someone what kind of car they drive and they replied “a sedan,” your question would probably still feel unanswered. However, if they replied “a BMW 330i,” your curiosity would be satisfied.

1) To hunt, or not to hunt?
The first thing a shooter should consider is whether the rifle will serve solely as a target rifle, or if it will also be used for hunting. This decision has a few considerations of its own:

a. Legality: Many states have regulations on what size calibers can be used for hunting. In Colorado, big game hunters must use at least a .24-caliber (6mm) bullet. No real issue there, since very few cartridges smaller than that are used for long-range shooting anyway.

b. Weight: Most hunters would cringe at the thought of carrying a 15 to 20-pound rifle around for a week. However, these weights are not uncommon with strictly target or PRS-style match rifles. From a caliber/cartridge standpoint, larger, more powerful cartridges perform best with larger, heaver actions and barrels. Not to mention the cartridges themselves are notably heavier. If weight is main consideration, stay away from the big cartridges, such as .338 Lapua or .300 Winchester Magnum (.300 Win. Mag.).

c. Terminal Energy: Terminal energy is the amount of energy the bullet is carrying at impact, measured in foot-pounds. Simply put, a bigger rock traveling faster is going to do more damage than a smaller rock traveling slower. This is largely an ethical consideration more than a technical one. No one wants to wound an animal or risk driving it away with a miss. 1000 ft/lbs of energy is a good general minimum force for ethical hunting of big game. Using the 1000 ft/lb standard, reference your load data book (if hand loading), an online ballistic calculator, or the manufacturer’s published specs to compare various cartridges. For example, a .308 Winchester may hit 1000 ft/lbs around 650 yards, a 6.5 Creedmoor may be closer to 700 yards, and a .300 Winchester Magnum may be around 1100 yards. Personal limitations and ethical considerations of hunting at long ranges are discussed in depth in our Long-range Hunting class. Consider where you would set your personal distance limit and ensure you choose a cartridge that meets minimum energy standards.

Takeaway: Most hunters will be completely satisfied with the 6mm to 30-06 range of cartridges. For expert shooters wanting a bit more range, the 7mm, .300 Win. Mag., or .338 families of cartridges may be preferred.

2) Cost
Two main costs will affect your cartridge decision: The cost of ammunition, and how fast your barrel will wear out. Let’s look at these in more depth.

a. Ammunition cost: In comparing the cost of various calibers, it’s good to be sure you’re comparing apples to apples. Be sure you’re searching for the same quality of ammo, not just looking at the cheapest price you can find. For example, let’s compare Hornady ELD-X in 6.5 Creedmoor, .308 Winchester, and .300 Winchester Magnum. The 6.5 Creedmoor and .308 Winchester run $1.65/round, while the .300 Winchester Magnum weighs-in at $2.05/round. That may not seem like a huge difference but if you shoot 1000 rounds per year that’s a $400 difference.

3) How far do you want to shoot?
Accuracy at distance is largely a product of retained energy, which can be measured by how long the bullet remains supersonic, and how much it’s affected by wind. Many people believe that the faster the bullet travels, the more precisely it will hit the target, but this is not always the case. A .300 Win. Mag. with a 220-grain bullet will fly much slower than a 168-grain bullet, but over long distances, the 220-grain bullet will remain supersonic for a greater length of time, keeping the bullet stable in flight (the same way an NFL quarterback can throw a tight spiral for a 40-yard touchdown pass). Plus, the heavier weight bullet is less affected by the wind.

Takeaway: As a general guideline, reference an online ballistic calculator (such as Hornady’s) to find out how far a given cartridge will remain supersonic, which means staying above approximately 1,125 feet-per-second (FPS). Add 200 to 300 yards and that’s about the most distance any of us mere mortals can expect get from the round. If you want to shoot out to 1 mile (1,760 yards), a .308 might not be the best choice given it drops below supersonic speed around 1,200 yards. Cartridges which may serve you better include the .300 Win. Mag, .338 Lapua, 7mm, and 6.5mm.

In closing, give some thought to the type of shooting you will do the most, and match the cartridge to that type of shooting. Write an ordered list of your priorities, where no two priorities can be equal. For me personally, distance and terminal energy are far more important than weight and cost, so I shoot a .300 Win. Mag. that weighs 19 pounds. I love having complete confidence that I can lay down behind my rifle and ring steel at 1 mile on my first shot! For our school rental guns, I chose .308 Winchester because I cared most about barrel life and ammo cost (and availability), and was willing to sacrifice a few hundred yards of distance.

Lastly, remember that no one caliber/rifle will do everything perfectly. Just another reason to get a bigger gun safe!

Questions?
We’re happy to answer any additional questions you have. Contact us. 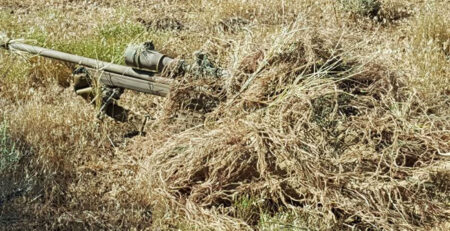 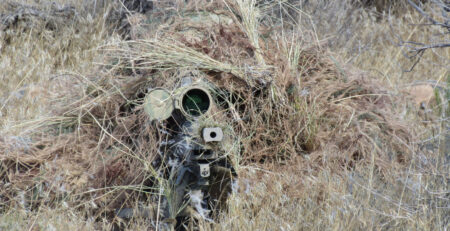 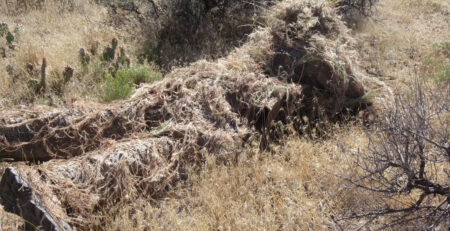 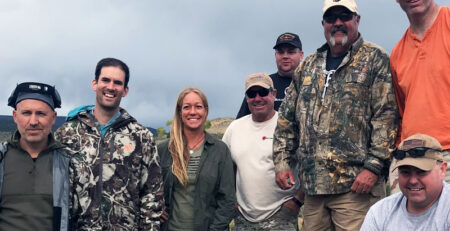 What kind of people sign up for your courses?

I am asked in almost every conversation I have with perspective... read more 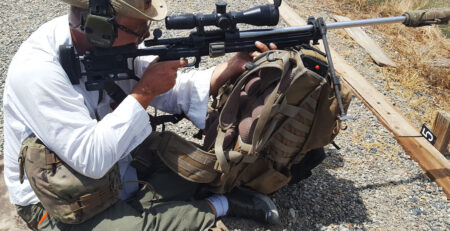 Essential Gear for your Range Bag 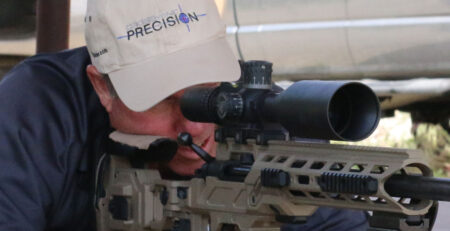 Setting the right cheek rest height on your rifle stock or... read more 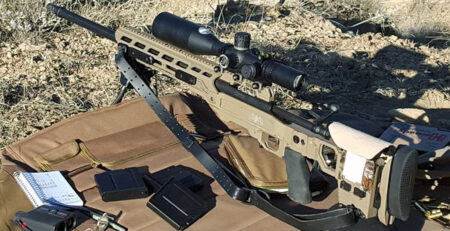 The instructors and I are asked about proper rifle cleaning during... read more 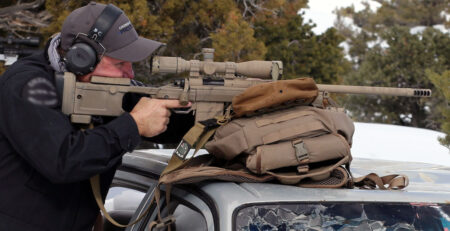 Getting Your Head Right for Shooting Accurately

Let’s talk about something that is too often overlooked in firearms... read more 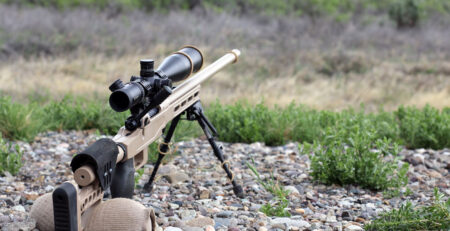 A solid bipod is an essential piece of equipment for long-range... read more 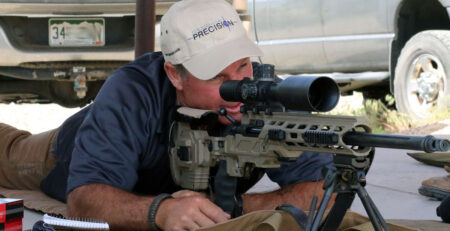 What kind of people sign up for your courses?

Essential Gear for your Range Bag